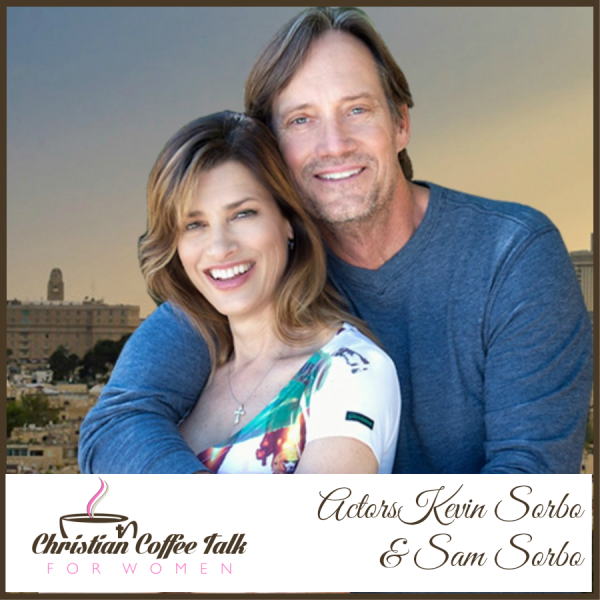 Coffee Talk Topics: Standing Against Racism and Standing Firm in Our Faith This episode dives deep into our responsibility as Christians to put an end to racism by adopting a no-tolerance policy in our hearts, homes, neighborhoods, schools, workplace, churches, and everywhere. Host Brandee Nielsen says “I’ve been so impressed by what the #metoo movement has done to hold people accountable for committing sexual harassment against women in the workplace. It gives me hope in knowing that when people decide as individuals to come together and take a stand against something that is morally and humanly wrong, it works to help make it right. I’d like to see the same measure of accountability applied to those who still commit acts of racism against innocent African Americans, and other innocent people of any race, anywhere it occurs.” Featured Guests: Kevin Sorbo and Sam Sorbo We’re joined by actors, Kevin and Sam Sorbo who exemplify standing firm in our faith and share about their recent film, Let There Be Light. Now available in stores on Blue Ray and Digital format. The film is directed by Kevin Sorbo who also co-stars in the film along with His wife Sam Sorbo, who co-wrote the movie with Dan Gordon. Let There Be light follows the story of a well-known atheist who has a near-death experience that challenges his beliefs about love, God, and family. Kevin and Sam share their experiences in making the film as a family, and the impact it’s had on their two sons. They offer many nuggets of wisdom on how Christians can stand firm in our faith and be the light, and so much more! LINKS FROM THE SHOW To follow the footsteps of Jesus on the Sorbos family trip to Isreal visit sorbo.heritagestudyprograms.com Get your DVD copy of the movie Let There Be Light, as well as the Devotional book, Share The Light from Amazon.com Subscribe to the Christian Coffee Talk Podcast on iTunes, Google Play, iHeartRadio, TuneIn and Stitcher! Join our growing Online Community where you can connect with like-minded women 24 hours a day, 7 days a week, 365 days a year at www.facebook.com/groups/christiancoffeetalk Theme Song: Jesus Kind Of Love by NateJacksonMusic.com